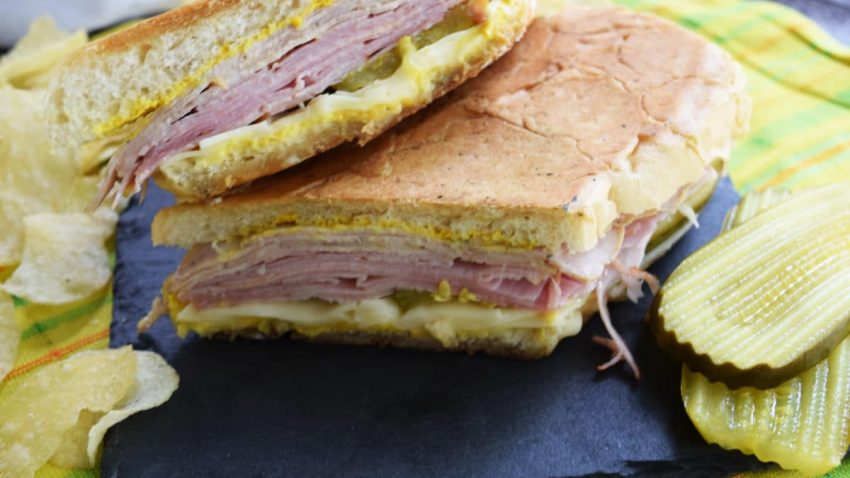 The Cuban Sandwich is a Florida tradition. I live in the Tampa Bay Area and this tasty meat and cheese filled deliciousness can be found everywhere! And for good reason it is divine! In many area's of Tampa you can smell that aroma of Cuban bread baking and what a treat.  Just slather on a little butter while it's hot and oh my goodness!!!

But when you take that bread and pile on the ingredients that build this sandwich and you really have yourself, in what many Floridians will say, is the best sandwich in America! 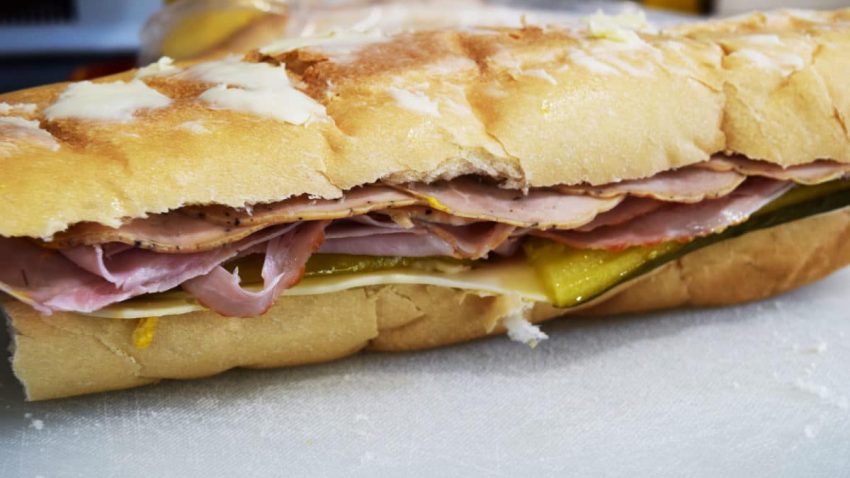 The sandwich is believed to have made it's debut in Florida in the late 1800's. Cuban immigrants began traveling and moving into the area. It is said that this was a common lunch item enjoyed in workers cafes. Some say the salami addition became popular in the Tampa area because of the Italian influence also present. I say I have tried it both ways and like it either way - I know gasp of the die hards! When making the sandwich, if you want to leave off the salami, increase the ham portion to substitute for it.

WHAT is your vote Salami - NO or YES??

Let me know in the comments or head over & vote on Facebook!

Now the last and final part to making this sandwich GREAT is the Butter & Pressing it! So the real deal is NO grill marks. My press has them so to keep it real, I use a cast iron skillet and put something heavy on top like a foil wrapped brick or in my case other cast irons skillets. Flip and do the other side! 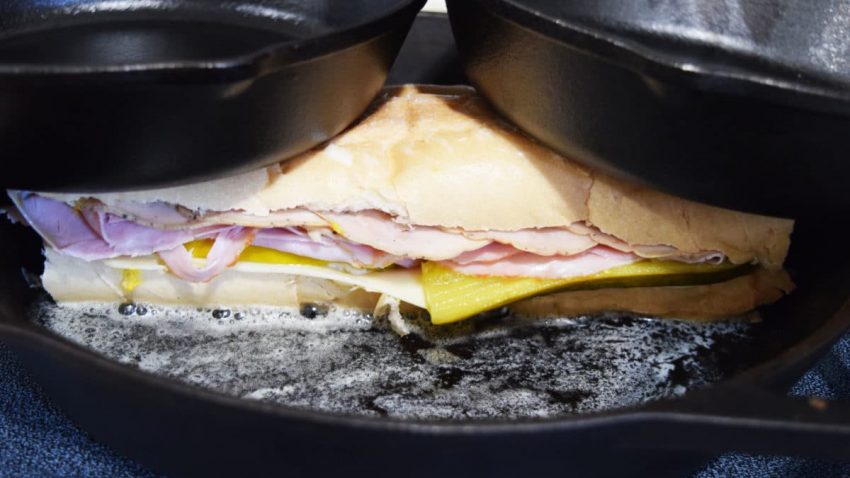 After it's pressed you are ready take a big bite out of this masterpiece! I would love to hear if you make this one at home! They are so delicious and easy to make! A little taste of Florida culture in every bite! 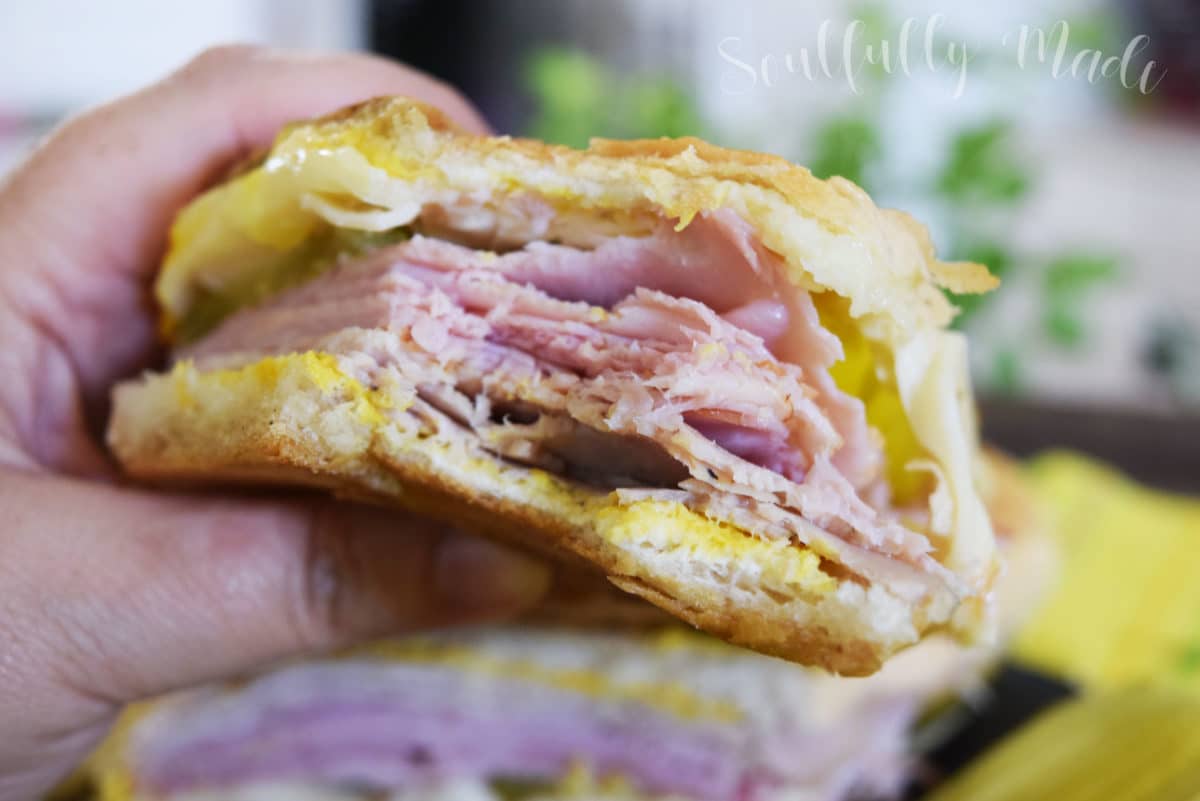 I am so glad you are here! Come join in on more fun and let's be social!

Don't forget to scroll all the way down and see all the Simple Sandwich Recipes brought to you by my taste making friends from Sunday Supper! They are too good to pass up ya'll! 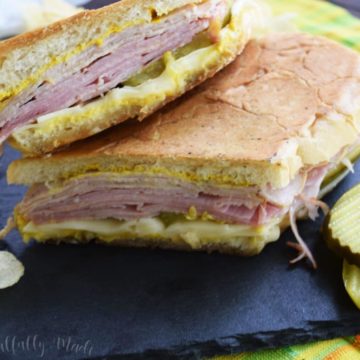 Soulfully Made is not a dietician or nutritionist, and any nutritional information shared is only an estimate. We recommend running the ingredients through an online nutritional calculator if you need to verify any information.

Tried this recipe?Let us know how it was!

OTHER RECIPES YOU MAY LOVE